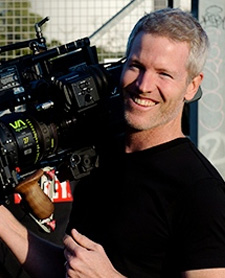 Dominic is an experienced cinematographer with over 15 years behind the lens. He mastered his skills thanks to his film background and experience shooting documentaries worldwide.

His work has been screened at numerous international film festivals and he has won more than a dozen awards for his images.

Dominic holds a Masters in Cinematography from the prestigious Australian Film Television and Radio School.